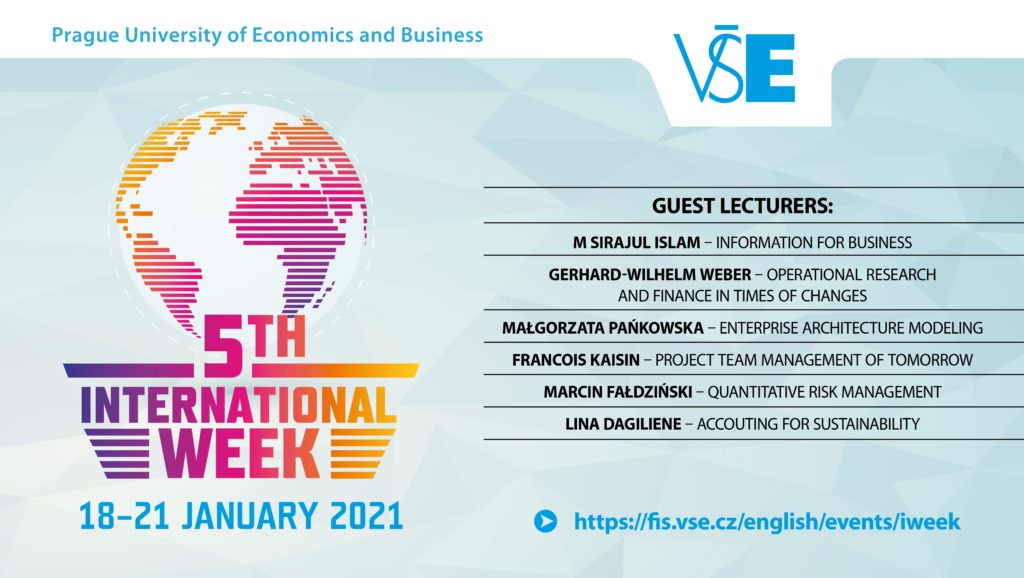 Dr M. Sirajul Islam is an Associate professor in information systems at the Informatics department of Örebro University School of Business, Sweden. Siraj is specialized in teaching and research in the areas of eGovernment, Information systems security management, ICTs for development (ICT4D), Education and Crisis management with a special interest in marginalized communities in developing regions. He is at present the Director of the Master’s Programme in Information Systems security management at the Örebro University, Sweden.

Information is power and this power dictates the destiny of a business in today’s competitive business environment. The success of a business in the exponentially connected modern world is heavily depended upon how strategically we use, adapt as well as adopt information systems and technologies.  The business value of IT investment is not just derived from the changing nature of technologies, but also the transformative organizational, management and cultural changes of firms.  Therefore, managers in the modern business world need to know how to invest wisely so a firm can outperform competitors, how to manage and adapt with the core business-related changes, such as IT innovation, new business models, expansion of digital commerce, management changes, and changes in firms and organizations.

In line with such context, students in this course will learn the importance of information and information systems, organization and management of networked enterprises and infrastructures, development and strategic use of various types of business information systems for the digital age.

GERHARD-WILHELM WEBER- Operational Research and Finance in Times of Changes

G.-W. Weber is a Professor at Poznan University of Technology, Poznan, Poland, at Faculty of Engineering Management, in the Chair of Marketing and Economic Engineering. His research is on data mining, analytics, artificial intelligence, machine learning, mathematics, operational research, finance, economics, optimization and optimal control, neuro-, bio- and earth-sciences, medicine and development; he is involved in the organization of scientific life internationally. He received Diploma and Doctorate in Mathematics, and Economics / Business Administration, at RWTH Aachen, and Habilitation at TU Darmstadt (Germany). He replaced Professorships at University of Cologne, and TU Chemnitz, Germany. At Institute of Applied Mathematics, Middle East Technical University, Ankara, Turkey, he was a Professor in Financial Mathematics and Scientific Computing, and Assistant to the Director, and has been a member of five further graduate schools, institutes and departments of METU. G.-W. Weber has affiliations at Universities of Siegen (Germany), Federation University (Ballarat, Australia), University of Aveiro (Portugal), University of North Sumatra (Medan, Indonesia), Malaysia University of Technology, Chinese University of Hong Kong, KTO Karatay University (Konya, Turkey), Vidyasagar University (Midnapore, India), Mazandaran University of Science and Technology (Babol, Iran), Istinye University (Istanbul, Turkey), Georgian International Academy of Sciences, at EURO (Association of European OR Societies) where he is “Advisor to EURO Conferences” and IFORS (International Federation of OR Societies), where he is member in many national OR societies and working groups, at Pacific Optimization Research Activity Group, etc. G.-W. Weber has supervised many MSc. and PhD. students, authored and edited numerous books and articles, and given many presentations from a diversity of areas, in theory, methods and practice. He has been a member of many international editorial, special issue and award boards; he participated at numerous research projects; G.-W. Weber received various recognition by students, universities, conferences and scientific organizations, nationally and internationally.

We will introduce into some basics of Economics and the Financial sector. In fact, we shall discuss on underlying Times, Spaces, Lives and Switching as well. We will make an Operational Research by optimal Trading Strategies and Portfolio Processes.

Especially, we will discuss the world and how it is changing, in terms of “jumps” in spaces and times, including Regime Switching and Paradigm Shifts. In our oral Discussion we will refer to the speaker’s new findings in Biology, Physics, Chemistry, Astronomy, Space Travel and Design, Creation and Recreation as well.

We investigate a stochastic optimal control problem for a delayed Markov regimes-switching jump-diffusion model. We establish necessary and sufficient maximum principles under full and partial information for such a system. We prove the existence-uniqueness theorem for the adjoint equations, which are represented by an anticipated backward stochastic differential equation with jumps and regimes. We illustrate our results by a problem of optimal consumption problem from a cash flow with delay and regimes.

From Game Theory, we shall present an solve a 2-players non-zero Stochastic Game. Eventually, we shall discuss on a modern pension fund system.

Note: In optimal control, a natural connection with Semi-infinite Optimization is given by the “flow” of the dynamics. In its stochastic counterpart, the “event” or “scenario”, being an element of the probability space, parametrizes the flow. When “delay” enters into the dynamics, (initial) states are replaced by “initial functions” as a flow variable.

Małgorzata Pańkowska is Professor of Social Science and Chair of the Deaprtment of Informatics at the University of Economics in Katowice, Poland. She received

the qualification in econometrics and statistics from the University of Economics, Katowice. She is in the Board of Information Systems Audit and Control Association (ISACA) Katowice Chapter. More information on http://web.ae.katowice.pl/pank/.

François Kaisin is PhD in Biology and has been Director EHS and HR in two international industry groups. He is a professional certified business coach and founder of the Morena Coaching International network in 20 countries. He also teaches about “Project Team Management” at the Business School of the University of Nice. François will be pleased to share the fruit of his reflections on the levers of successful management of project teams, relying on concrete examples of field as a facilitator and coach of project teams going from the Andes to the Swiss Alps, through the Caribbean and the Pampa. He is also coaching trainer in a Canadian School, co-author in a book on employee coaching, emotions and business performance.

Most of the efforts of project teams depend in particular on the human factor, regardless of their scope and complexity. However, there is often a tendency to entrust projects to managers, especially for their technical skills. While today’s access to information is becoming easier and easier, the real challenge lies more in the complexity of human relations, the challenge of young millennials and the business of tomorrow.

Offered by the Faculty of Finance and Accounting

Marcin Fałdziński, PhD is Assistant Professor in the Department of Econometrics and Statistics at the Nicolaus Copernicus University in Toruń, Poland. His research work focuses on time series forecasting and analysis, financial econometrics and extreme value theory. He teaches courses in statistics, econometrics and business forecasting.

Offered by the Faculty of Finance and Accounting

Lina Dagiliene, PhD is Assistanet Professor at the  Kaunas University of Technology, Lithuania since 2005. Her education and professional experience include sustainability reporting and accounting, measurement and auditing issues. Currently she is also strongly interested and involved in interdisciplinary research, such as implementation of circular economy at different levels, corporate social responsibility issues.

1. Sustainable development and accounting: what is the connection?

The websites of the Prague University of Economics and Business use cookies to optimize their content and services provided. Please give us your consent to use of them.
Show more info

Select the services for which you want to allow the use of cookies: